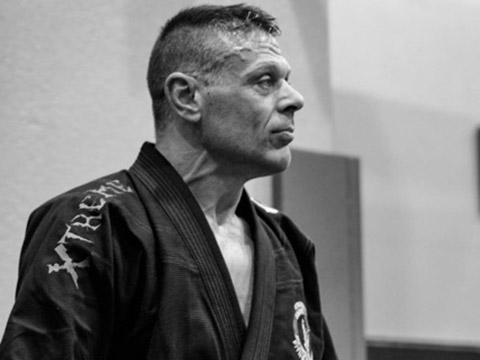 Nicholas C. Recanati is a retired police officer for the Bergen County Police department. He was the lead training advisor for the Bergen County Police Academy for four years. In 1996 he was certified with his New Jersey State Personal Training Instructor certificate. In 1997 he was certified as a Federal Bureau of Investigation Defensive Tactics Instructor. He graduated from the Federal Bureau of Investigation, U.S. Army Ordinance of Hazardous Devices as a Technician in 1999 (which included Biological and Chemical Devices). He was one of six Medical Examiner Investigators in the County of Bergen. This position included the investigations of homicides, suicides and sudden death cases. He served in the Armed Forces in the United States Navy Reserves, Naval Intelligence. In 2002 He retired after a tragic but yet heroic incident were he was awarded the the highest award in the State of New Jersey, The Medal Of Honor. Nick is a two time recipient of this award. He was the recipient of many other honors during his career, which included the Combat Cross, Valor, multiple Meritorious and Chief Award.

Nick has been involved in the martial arts for over 37 years. He started taking many different arts until settling down in Koei-Kan Karate where he received his black belt (Shodan) in 1991. While training in this art he started training in Modern Hapkido. In early 2000 he received another Black Belt (1st Dan) in Modern Hapkido. Prior to his black belt in Karate Nick fought as a professional Kick-boxer with a record of (3-0) in the late 80’s early 90′ for World Kickboxing Association (WKA). Nick, in 2001 started his training under World Renowned instructor Royce Gracie and his cousin Rodrigo Gracie. Rodrigo Gracie in 2003 promoted Nick to blue belt where he started his journey of Gracie Jiu-Jitsu. He received his purple belt in mid 2007 from Royce Gracie. From 2011-2013 he was given his Brown belt all the way to 4th stripe from Royce. Nick wanted to improve his Jiu-Jitsu studies so he started training under one of the worlds best BJJ practitioners Master Roberto “Cyborg” Abreu. Who in 2014 became the #1 ranked Jiu-Jitsu competitor by winning the ADCC Absolute to add to his resume of multi World Championships in Gi and No-Gi. In 2014 Nick received his Professorship, Black Belt, under Master Cyborg.  He then in November 2017 was promoted to 1st degree Black Belt. He has trained with many great Jiu-Jitsu Masters, Professors and UFC Veterans. Nick now is the Co-Founder and Professor of Xtreme Gracie Jiu-Jitsu in Clermont, Florida.

He graduated from Trinity College and University with a Bachelor of Science, Major in Criminal Justice. He was the National Director for Grapplers Quest and the owner, Brian Cimins’s, 1st Martial arts instructor. Besides owning his own Jiu-Jitsu academy he helped build and structured all of the weight classes, divisions and taught all the owners and staff how to run and set up many grappling tournaments. Nick did extensive security work for Zakk Wylde from the band Black Label Society, Ozzy Osbourne and Ozzfest where he retired from all security work in 2009. Nick, now resides in clermont with his Son and partner, Brandon Sunshine Recanati.

Always in LOVING MEMORY TO Nicholas "Reca" Recanati, our partner and hammer on the mat, Love you!!!!!! OSS